A two camera, stereo setup
Standard digital cameras are commonly used to collect 2D landmarks and curves from relatively flat objects. But if the objects are more three-dimensional, users often have to resort to methods such as microscribes or surface scanning. The StereoMorph R package allows users to collect 3D landmarks and curves from objects using two standard digital cameras. Owing to its low cost, portability and speed, stereo camera reconstruction is an ideal method for collecting data from a large number of specimens or objects.

The StereoMorph package includes tools for automatically calibrating a set of two cameras using a checkerboard pattern and a digitizing application for digitizing landmarks and curves. Once the cameras are calibrated, StereoMorph allows users to reconstruct any landmarks and curves digitized in both camera views into 3D. StereoMorph is freely available as an R package. Those interested in using StereoMorph will find several useful resources listed below, including step-by-step tutorials and accompanying project folders with all the files needed for the tutorial. 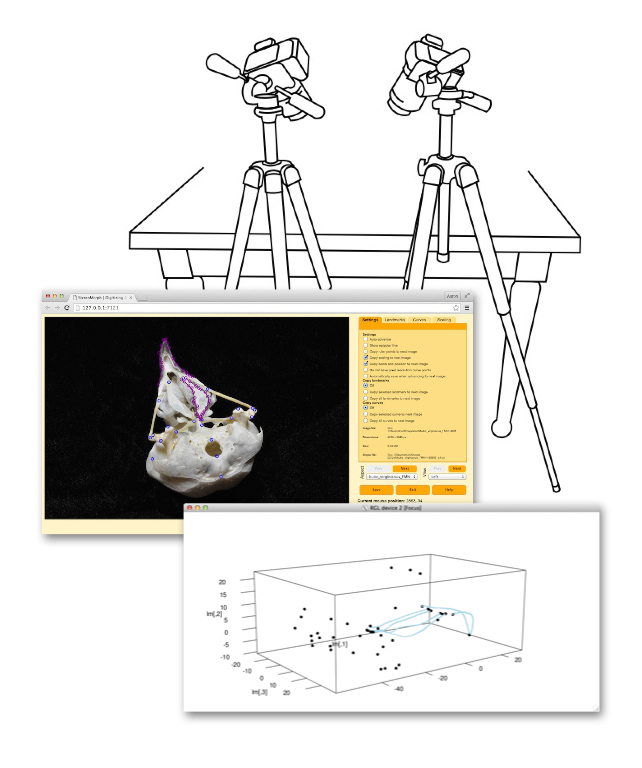 This user guide has instructions and worked examples to show you how to collect 3D shape data using a stereo photography or videography setup. This includes instructions for installation of StereoMorph, making a checkerboard, measuring a checkerboard's square size, camera calibration, digitizing photographs and video frames, 3D reconstruction, shape reflection and alignment, and video frame extraction. 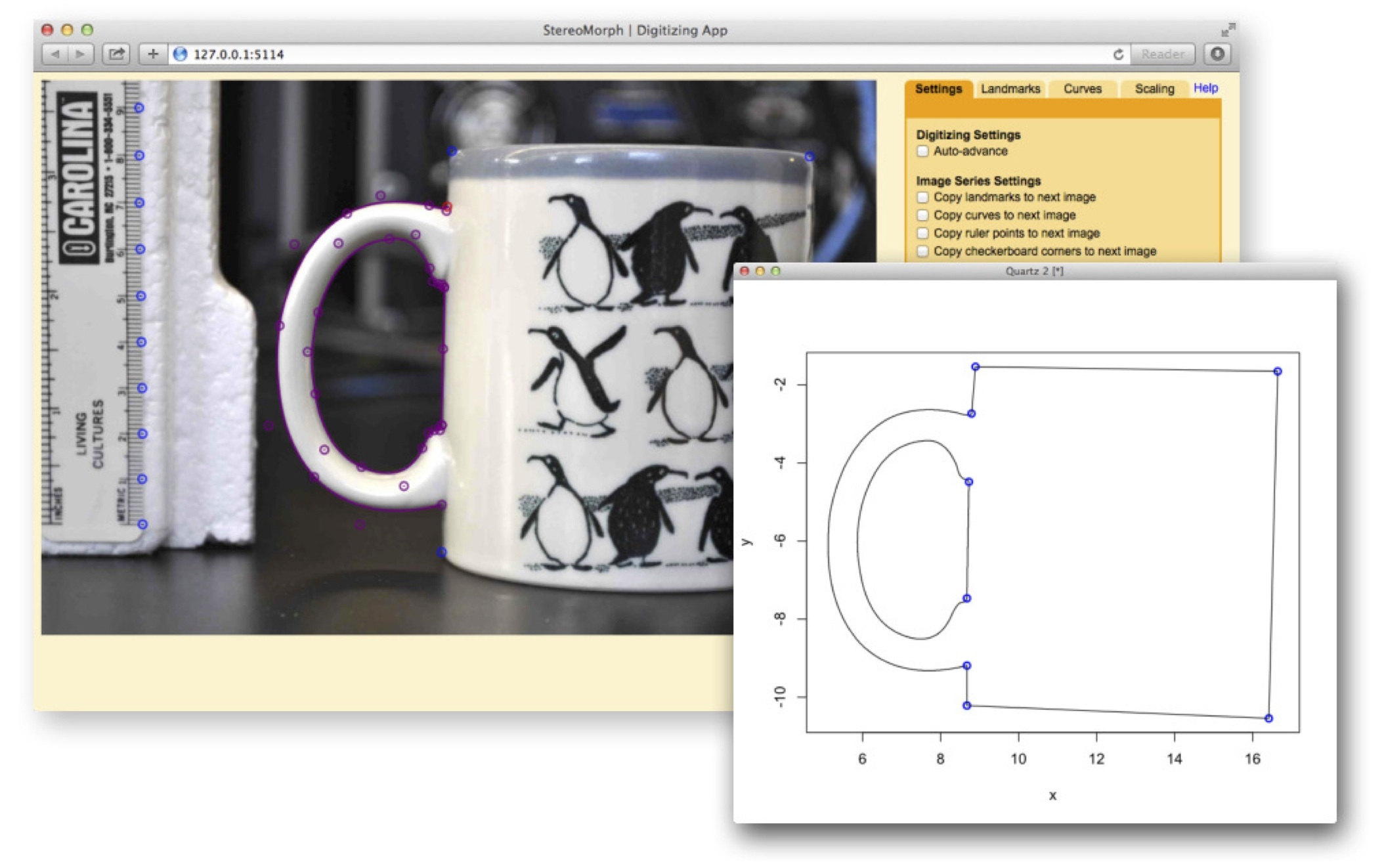 This tutorial will show you how to collect 2D scaled landmarks and curves from photographs in StereoMorph using different coffee mugs as an example.